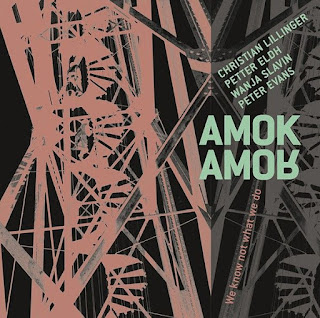 
You are gonna love this quartet", writes American journalist Kevin Whitehead. "This quartet was preceded by the Starlight trio of the Berlin players Christian Lillinger, Petter Eldh and Wanja Slavin, but Peter Evans is obviously a full partner in a new band. He brought some prime material, and shows uncanny range. His improvising is airy and abstract, tuneful, and tinged with the blues. His lines and Slavin's can be disarmingly lovely; the blend is bright and fizzy.
The rhythm section is earth to their air: the nutty precision of abstract beat music echoes in Eldh's eloquent stutters and way of covering highs and lows in a single line, and in Lillinger's clarity at high speed; his sticks on snare can sound like dried peas poured on a metal sheet, every stroke distinct.
Yeah, they're all great, but this music is about how they come together, showing creative tradition some crazy love: amour run amok. [Kevin Whitehead] 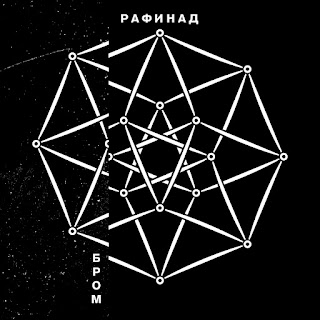 
The Moscow TOPOT (ТОПОТ) label proudly presents no-jazz trio Brom and their fourth album “Lump Sugar” (“Рафинад”). It is not once that the band became softer and louder, twisting and turning from wild jazz-core jams to even faking a “blues” duo. Today Brom exists in a form of classical trio – Dmitri Lapshin (bass), Anton Ponomarev (saxophone) and Yaroslav Kurilo (drums).

“Lump Sugar” was live recorded just like that. Lapshin and Kurilo provided perfect, precise rhythm section. It even seems that these two are brothers of the whole blood. Lapshin’s bass splendidly drowns and sets the vivid pulse again through dashing and neat part of Kurilo. Ponomarev plays violently, in style and tragic – like there ain’t no tomorrow. The album is expertly mastered and blessed by Venezuelan sound-engineer Leonardo Perez – it never sounded that crystal-clear.

Yo! This one is from my own label! Listen up!
Download it for free, just name your price: https://tawpot.bandcamp.com/album/lump-sugar
Автор: ru_galochkin на 01:25 Комментариев нет: 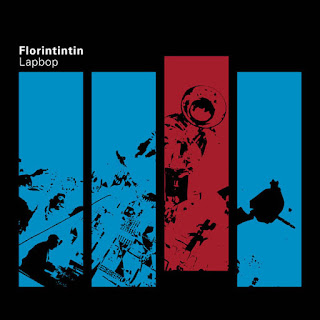 "Lapbop" is 9 classical jazz compositions from Duke Ellington to Miles Davis microscopically smeared by laptop. Crazy and wildly funny glitch that often mix standards into something new, sometimes even more powerful that we now.

"Amazing release by Floretijn Boddendijk. Who's that? He is a classical composer from The Hague who writes music pieces for orchestras but also is experimenting with electronica and jazz. He played us some old experiments he made years and years ago and we where stunned! He remixed /re-edited some old jazz tracks (like Dizzy Gillespie's 'A Night in Tunesia', Miles Davis's 'Milestones', Paul Desmond's 'Take Five', Wayne Shorter's 'Nefertiti' and others) in a way only Laptop producers edit their music... he did record all these mixes on tape and made the edits with cutting and looping tape and the result is even more crazy then Otto von Schirach's Laptop experiments (especially if you consider they are more then 10 years old!!). Florintintin (as he named himself for this project) made an additional couple of tracks on his Laptop..but we can not tell the difference between the new tracks and the older ones. This is a mini album with 9 pieces of music which probably sound familiar...but then you notice the twist." [Forced Exposure]

This record is an exception, without which you would never actually never will. 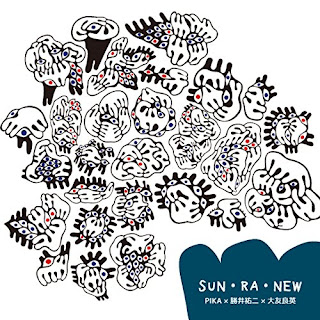 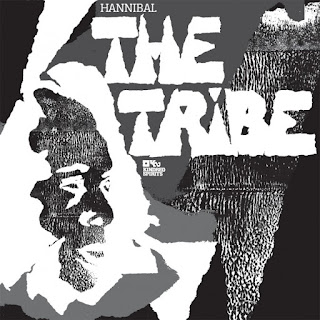 Hannibal Marvin Peterson - The Tribe (1979, released in 2013 at Kindred Spirits)

Long-treasured among jazz fans and record collectors, Hannibal Marvin Peterson’s unreleased album The Tribe is a sacred collection of blistering jazz assaults and deep reflective spirituals from Hannibal’s ten-piece group. The unreleased album is something of a holy grail among collectors, with only a handful of test presses ever made. Now 36 years later, it is ready to be officially released for the first time, and fans of Black Jazz and Strata East won’t have to shell out the $2000+ asking price for what is considered by many to be a lost treasure and one of Hannibal’s best works.

Originally recorded in a bid for John Hammond to hook them up with a major record deal, The Tribe session wasn’t picked up in the end. Unfazed, Hannibal had all but forgotten about it until a friend pointed out that copies were exchanging hands for big bucks on the Internet a few years ago. The towering Texan’s primary concern is to always get the music out to the people, and any label should facilitate that. His uncompromising view has lead to a few clashes, notably when his Children Of The Fire album was turned down because of the title, leading him to start his own label Sunrise Records. However, these disagreements also imbue his music with a certain strength, a purity, and a genuine artistic vision. “Once you change one thing, you’re changing things your whole life,” Hannibal says. “It’s like a lie: once you tell one, you have to tell a million more. I’m always looking to make sure that what I play is worthy of the people, and can help them through times of great tribulation.”

The five tracks on The Tribe fluctuate from propulsive ensemble stampedes supporting Hannibal’s wild solos, to peaceful dreamy hymns. ‘Now Stand’ opens the album, the rest of the group playing catch-up to Hannibal and Billy Hart’s trumpet and drum intro. ‘A Sacred Multitude’ and ‘Of Life And Love And God’ both tap into the deeper, contemplative side of things, Branice McKenzie’s sanctified vocal and Diedre Murray’s cello coming to the fore. ‘Returning To The Ways’ powers along with an uptempo charge not unlike Carlos Garnett’s ‘Mother Of The Future’, but it’s The Tribe’s title track that steals the show and closes the record. Kicking off in exuberant spirit, the track blends heavy riffs and chants with the kind of bluesy changes that characterize Harry Whitaker’s ‘Black Renaissance’, before ending in a foreboding metallic conclusion.

Hannibal’s formative years on his grandparents’ farm on the banks of the Colorado are partly responsible for his spiritual, humanistic attitude to music. When describing the Tribe sessions, he says “The Tribe is really like a wild river, like untamed stallions that haven’t been roped off. It’s one of the qualities that I love about it. When you think of stallions running, they build up this high blood. The leader of the stallions stands out alone and looks out on the valley, with a very quiet, stoic look… I love it. I have these images and qualities that I look for when I write a song, that make you feel this instinctive freedom that’s in us, that we have to always fight to maintain. That’s what the search of the inner world is about, that’s an endless search.”

The music on ‘The Tribe’ is a direct descendant of Hannibal’s grandparents singing in the cotton fields. “They didn’t sing to impress a critic or to make a hit record,” Hannibal concludes. “They sang to aspire and to stay alive. That’s why that music is timeless, and it’s as healing today as it was then.” Now that The Tribe is finally out in the wider world, it will surely be here to stay. 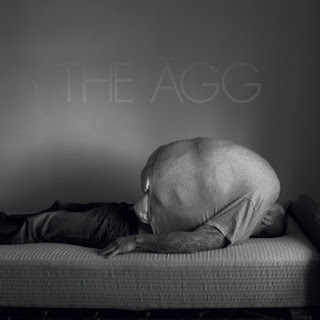 Put three electric guitarists, three electric bassists and four drummers in one room all coming from the vibrant Stockholm scene of free improvisation, free jazz and art rock. Let them jam freely, lock in hypnotic grooves that loosely sound like Fela Kuti's Afro-beat bands or worse, like North Korean marching bands on acid, sketch noisy textures that brings to mind Captain Beefheart in its wildest psychedelic moments or the voluminous symphonies of Glenn Branca in its poetic passages and you begin to get an idea how The Ägg sound.

The three pieces feature The Ägg playing with chaotic abandon but also with commanding control. The massive sound erupts immediately, collide violently with intense, urgent noises and moves forward in huge, nervous waves then backwards with walls of dense, metallic sounds and a loose consistency and with no attempt to develop a a clear narrative of progression. Thety then disperse in space and soon begin to accumulate again till the next sonic climax. Slowly this complex, restless and mulch-dimensional sonic universe becomes clearer and more nuanced and attaches detailed colors and rhythms as it reaches the third and more reserved piece, "Lapse."

And try it in comments!
Автор: ru_galochkin на 15:41 1 комментарий: 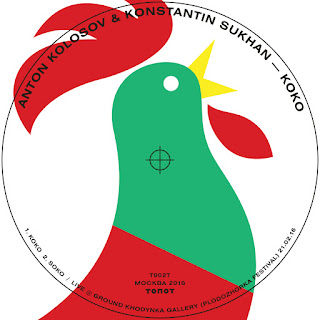 “Koko” is the result of a thorough research carried out by Anton Kolosov (electric bass) and Konstantin Sukhan (trumpet).

One short set of two pieces, “Koko” and “Soko”, is constructed from wide range of materials, including definite noise, post-academic improvisation, faint breaths or sniffs by Sukhan and an almost ritual drone by Kolosov.

“Koko” is firmly grounded on a post-jazz tension: musicians play simultaneously, but not together, and after a burst of emotions we hear silence, and chaotic roaming in one musician's thoughts is followed by a heated argument by two. This music is tangible and real, it's repulsive and beautiful.

“Koko” means “here” in Japanese, while “Soko” means “there”. Both pieces recorded at the Ground Khodynka Gallery are indeed the whole set with a short break for an applause. Two-hundred pages' novel about a bird (according the cover) with a gloomy storyline, long prelude here and an open end there.